Plants travel. It may sound mind-boggling, nearly impossible in fact, but plants do travel. The do not have legs, they do not move or walk, and yet they travel. They travel millions of miles across continents. Gardeners and nurserymen, who use, import and export plants on a daily basis, know this well. They make them travel. But botanists and plant researchers who study the “invasions” of “foreign” plant species also know it well.

As much as it is for humans and animals, however, traveling in mountain areas is hard for plants. Mountain ranges are high and often lack an adequate soil substrate: poor of nutrients and often covered with ice and snow. Yet even here, plants succeed in the challenge, proving to be among the most resilient living beings in the world. Plants are able to adapt to any situation, and examples are numerous.

One of them is the study by Japanese researcher Shoji Naoe, who analyzed bears, cherry trees, seeds and… feces [1].

Imagine a Tibetan bear hoarding a large supply of cherries to get ready for wintertime. It feeds on them, then moves down the mountain slope to escape the impending cold and to look for a place where to hibernate. There, it digests them and… excretes the remains. And every spring, the same process is repeated but in the opposite direction (i.e., toward the mountain top).

The result of this natural physiological process is represented by the cherry trees’ location. It is called “vertical seed dispersion”, in this case driven by an animal (“zoocory”).

In today’s context, tragically affected by the climate crisis, researcher Naoe describes the bears’ physiological movements as a “life-saving factor” for cherry trees. Indeed, rising temperatures are undermining the survival and, even more so, the reproduction capabilities of cherry trees. Altitudes typically considered as appropriate for cherry trees’ vegetation period are becoming too hot and no longer are they seen as an ideal habitat by the plants. In a nutshell, the upward transition of high temperatures is harming the wellbeing of Japanese cherry trees. Thanks to bear migrations, however, cherry trees can move upward by an estimated 193 m in altitudinal gradient in spring and summertime. This rapid and effective dispersal is a life-savior for Japanese cherry trees.

This may be true not only in Japan. Altitudinal migrations are taking place also in the Alps. And this was not so expected. A recently published article showed a similar trend occurring for orchid populations in Trentino’s Alps (Italy) [2].

In this case, however, the base condition is more complex than that one in Japan because no bears or animal-driven seed dispersal are involved. Moreover, orchids have very small seeds and require a symbiosis with fungal species for reproduction and germination. The presence of fungal species in the substrate therefore determines where these plants can grow.

To understand the evolution of orchid population, the research compared the historical data of orchid occurrence in Trentino (nearly 50,000 records collected over more than 30 years by researchers at the Museo Civico di Rovereto museum) and other notable re-surveyed data (i.e., reevaluation of historical field data).

The picture that emerges is nonlinear in many ways. The resulting altitudinal movements are idiosyncratic and not only related to climate change. The main outcome, however, is the attempt of most species to move upward to escape the ongoing rise of temperatures, particularly impelling in mountainous areas. Nonetheless, the data show that only a few of the analyzed orchid species – the most resilient and flexible – succeed in this attempt. The rise in temperatures may be too rapid compared to the adaptation time of most orchid species.

Ultimately, this results into a substantial decrease of today’s orchid populations compared to the past.

Looking at wetland orchid species, researchers pointed out that the climate crisis may not be the main cause of the decrease. Indeed, orchids living in wetlands, which are protected or included in protected areas in Trentino, were the only ones that did not suffer of any population decline. This is an evidence that land-use change is the first responsible. Stopping the decades-long and still ongoing land-use change in all the Alps is key for the survival and wellbeing of orchids and many other plant species. 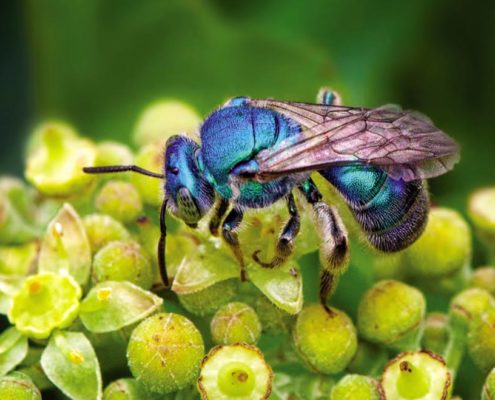 Join @greenmarked on Telegram
Agroecology in Brazil: From the Fields to University

The Aftermath of Exceptional Droughts
Scroll to top