Agroforestry In Peru And Its Potential For Ecosystem Restoration

Peru has a total area of 128.5M hectares divided in three main regions: a) the Coast region to the West; b) the Andean region in the center; c) the Amazon region to the East. It hosts 73.3M hectares of forests, of which 53.4M are of low jungle (selva baia) and 15.7M of high jungle (selva alta), which allow widespread forest activities. Indeed, 80.1% of the national area is covered by forests, while only 13.9% is covered by pastures and 5.9% by cultivated areas. Yet, forests contribution to the national GDP is very little (approx. 1.1%). That is because 70-90% of conceded forested areas are used by local populations for self-subsidence and because about 10M hectares of forested areas are used for illegal and untaxed activities [1] (MINAM, 2016).

The biggest threat of Peruvian forests is deforestation. Since 1995, deforestation rate has been around 100,000 ha/year in the Amazon region, which hosts 94% of the national forests, and has strongly hit the low jungle. Slash-and-burn farming, cattle farming and coca cultivation are the main reasons of deforestation, but the generic causes are deeper rooted in the Peruvian society. Poverty, overpopulation and migration in the Amazon are some of the social causes. Land use change, weak market regulation for the extraction of natural resources and the demand increase for industrial crops are some economic causes. Finally, a bad governance, including the incoherence of government [2], the lack of regional administrative bodies and poor institutional control and coordination is the third cause (MINAM, 2016). Meanwhile, the expansion of the global cocaine market, has increased Peru’s coca production, which raised from 43,900 hectares in 2016 to 49,900 hectares in 2017, and added additional pressure to Peruvian forests (United Nations, 2017).

In this scenario, agroforestry can be a potential solution to tackle deforestation, replace coca production and restore degraded land in Peru. 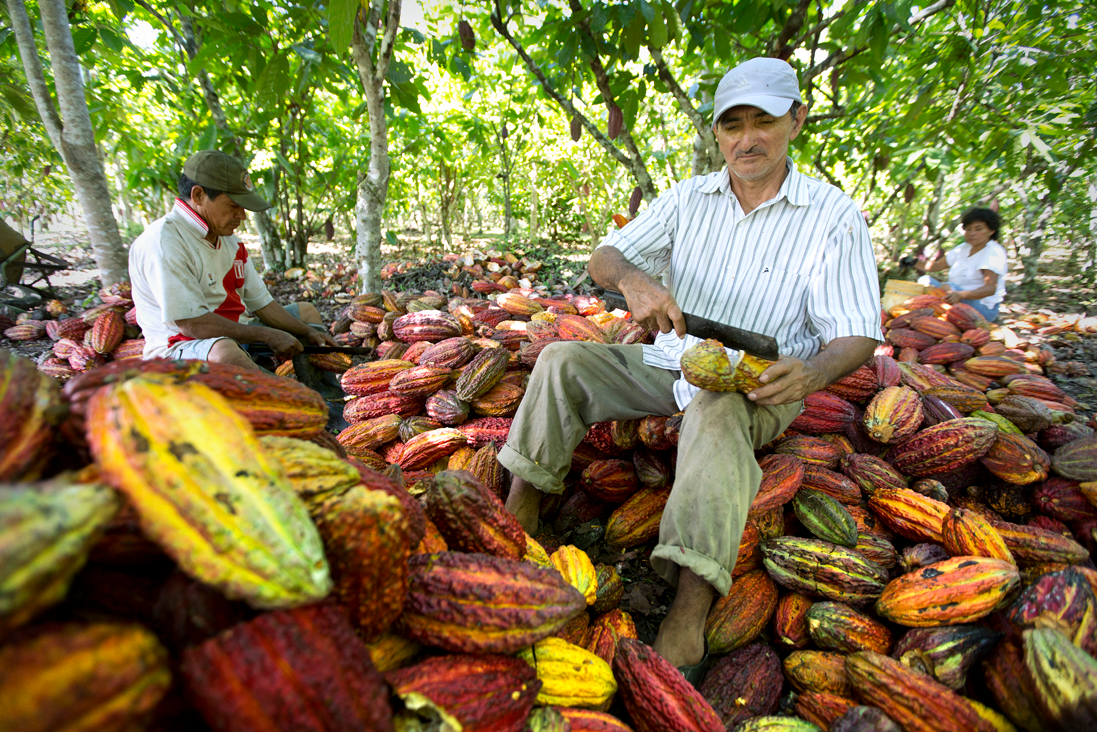 Agroforestry is “a collective name for land-use systems and technologies where woody perennials are intentionally used on the same land-management units as agricultural crops and/or animals, in some form of spatial arrangement or temporal sequence” (Erdmann, 2005).

Multistrata, cacao and coffee are the most popular agroforestry systems in Peru.

A typical multistrata agroforestry system starts with a fast-growing and nitrogen-fixing fruit tree (Inga edulis) combined with other native fruit and timber trees. During the first years, the trees are intercropped with staple crops. In subsequent years, tree-growth hinders many staple crops, so shade-resistant crops, like pineapple, are planted (Lojka, 2016).

In coffee agroforestry system, coffee cultivations are first established under the cover of Inga edulis. Coffee is sold and exported, while Inga edulis fruit and wood is harvested for either consumption or wood constructions. The system is generally two-layered but additional herbaceous or tree species (e.g. Ceroxylon echinulatum) can also be introduced to add biodiversity, provide fuelwood and protect the system from pests (Envolv-Vert, 2017). 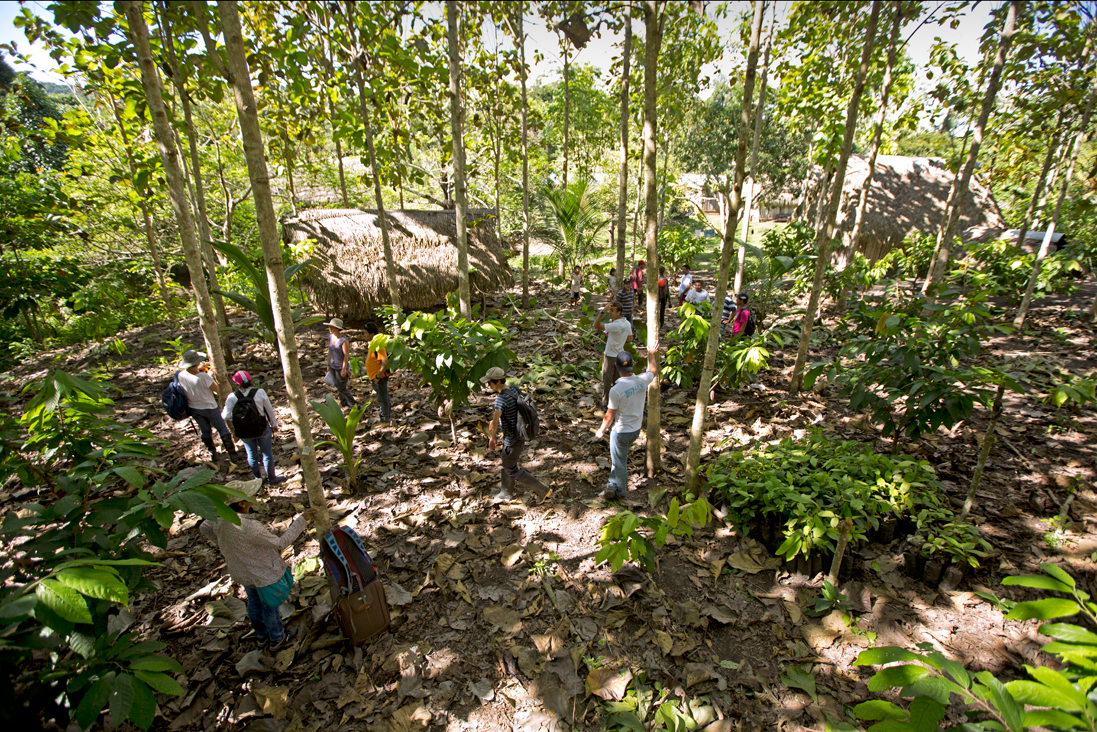 The environmental, social and economic benefits of agroforestry

Cacao agroforestry systems largely benefit the soil quality. Depending on the soil microbial structure, the agroforestry management system and the selected cover crop, they improve soil structure and texture, soil fertility, soil organic matter, soil microbial biomass and soil pH. They can suppress pathogens and weeds, reduce leaching losses of nutrients, control erosion, decrease soil acidity and compaction, reduce fertilizers inputs and pests, improve water holding capacity and nutrient cycling (Buyer et al. 2017). On the other hand, it is still unclear if it truly enhances biodiversity. It depends on the density of the cover crops (Lojka, 2016). On the socio-economic side, cacao agroforestry systems can replace coca cultivations, enhance the resilience of production systems and producers’ families and generate higher incomes for the farmers.

Agroforestry systems can restore land productivity of nutrient poor areas depleted by unsustainable agricultural practices and intensive exploitation of virgin forests. The first step is to install aggressive nitrogen-fixating species legumes (e.g. Makuna) or fruit trees (e.g. Inga edulis) to prepare the land for the future agroforestry system. At that point, full-sun or shadowed cacao or coffee agroforestry system can be installed. Alternatively, one can install an agroforestry system that includes a shadow component (e.g. banana or papaya), a main crop (e.g. cacao), a recovery crop (e.g. guava) and slow-growing timber species. In this case, not only land productivity is restored, but also nutrients and water are better retained in the soil, land is protected from erosion, carbon absorption is increased and the behavior of a real forest is mimicked (Ferrari, 2018).

Restoring forest connectivity is also possible through agroforestry, as they can function as ecological corridors between the remaining virgin forest patches. This can consequently benefit biodiversity.

Nevertheless, agroforestry solutions have issues to consider. Return on investment is slow, there are light, water, space and soil nutrients trade-offs between species to properly balance, restoration of pure stand agroforestry systems may not be possible in densely populated landscapes. One must therefore consider the option to install intercropping, bordering or clustered agroforestry systems (Erdmann, 2005). Yet, agroforestry systems are much more effective than fenced reforestations and can be considered extremely valid solutions to restore degraded ecosystems in Peru. 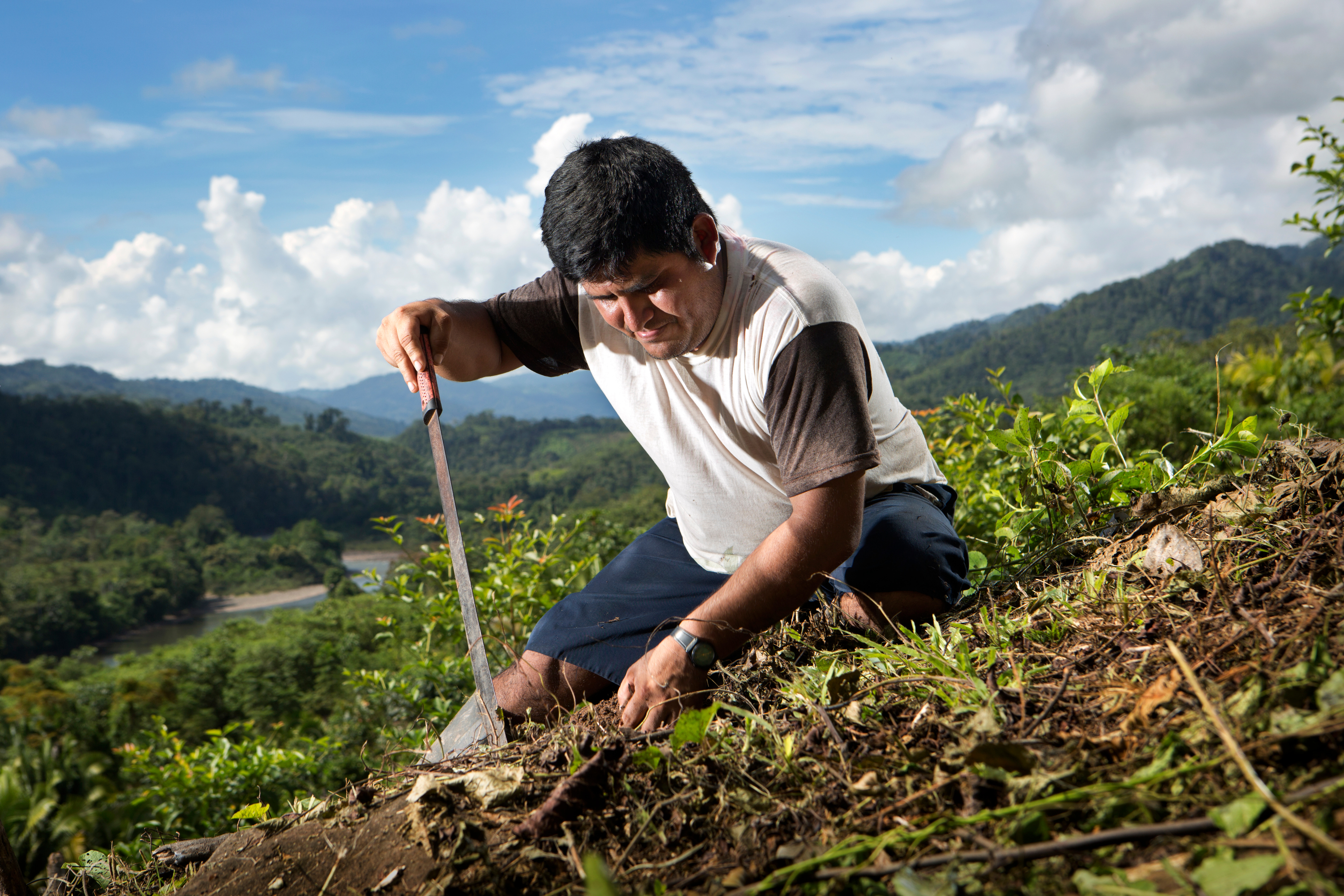 Ferrari, N. (2018) Investing in agroforestry in Peru’s Amazon: Good for the economy and the environment. Initiative 20X20. [online] Available at: https://initiative20x20.org/news/investing-agroforestry-perus-amazon-good-economy-and-environment (Accessed 2019.06.01).

Purity in the Netherlands’ countryside
Scroll to top